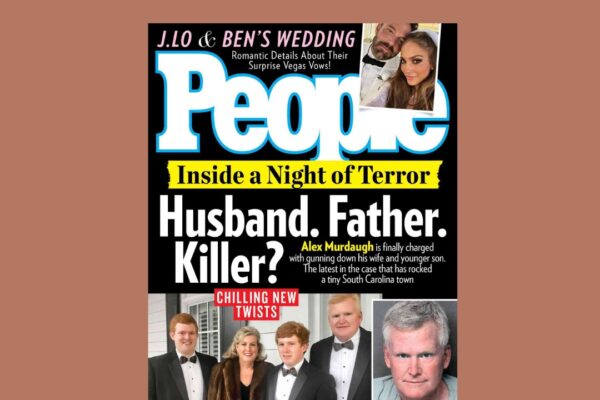 Have you watched the HBO Max three-part documentary, “Low Country: The Murdaugh Dynasty?” Host Renee Roberson shares her thoughts on the case and the recent release.

Listen to the episode here.

Because this case is so multi-faceted, and begins with a boating accident that happened in February of 2019, there has been plenty of material to feature on news networks. But I feel the most recent episode of Dateline, “Dark Waters,” and the HBO Max three-part documentary, “Low Country, The Murdaugh Dynasty,” give a great overview of what all is involved in this case.

Timeline of the Murdaugh Crimes

To bring everyone up to speed, here’s a timeline of the details involved in the Alex Murdaugh case that I found on WJCL, the news affiliate out of Savannah, Georgia. It’s a lot, but I know I always appreciate a good timeline and thought you would, too.

*On July 8, 2015, a 19-year-old young man named Stephen Smith was found dead on a rural road in Hampton County, South Carolina. At first glance, his death was determined to be caused by a hit and run by an unknown vehicle.

*On February 2, 2018, 57-year-old Gloria Satterfield fell down the front steps of the Murdaugh family home in Colleton County, South Carolina. She had worked for the Murdaughs for more than two decades as a housekeeper and nanny. She suffered serious injuries and was taken to a nearby hospital.

*A few weeks later, on Feb. 26, Gloria Satterfield died as a result of the injuries from her fall. According to Gloria’s sons, Alex Murdaugh approached them, said he had an insurance policy that would cover their mother’s accident, and told them they would be taken care of after her death.

*A year after Gloria Satterfield’s death, on Feb. 24, 2019, Paul Murdaugh and five of his other friends went out for a late-night boat ride, got intoxicated after Paul purchased alcohol using his older brother’s ID, resulting in the boat crashing near Parris Island. A few of the passengers, who were all under the age of 21, sustained serious injuries, but not Paul, and 19-year-old Mallory Beach could not be found after the crash.

*On March 3, 2019, boaters discovered Mallory’s body in a marsh area near a boat landing in Beaufort County. Later that month, her family filed a wrongful death lawsuit against Alex Murdaugh and his son, Richard Alexander Buster Murdaugh Jr., and the convenience store that sold the alcohol to Paul.

*On May 6, 2019, Paul Murdaugh pled not guilty to all charges. He posted bond and never served a day in jail for the next two years.

*On June 4, 2021 court-ordered mediation for the wrongful death lawsuit failed, meaning the case was bound for a trial.

*On June 7, 2021, Alex Murdaugh discovered the bodies of his wife Maggie, and son Paul, deceased at the family’s 1700-acre hunting lodge in Colleton County, South Carolina. Both had been shot to death and he placed a 911 call for help around 10 p.m. that evening. South Carolina’s State Law Enforcement Division, also known as SLED, also arrived on the scene. The next day, authorities made a statement that they didn’t believe the general public was in danger after the double homicide.

*On June 23, 2021, SLED stated that based on information they had gathered during the Murdaugh murders investigation, they were reopening the case of 19-year-old Stephen Smith’s death back in 2015.

*On August 6, 2021, the South Carolina Attorney General’s office dropped all criminal charges against Paul Murdaugh in the Mallory Beach case due to his death.

*In September 2021, the law firm that Alex’s family helped start, PMPED, began investigating him after finding a suspicious check on his desk. Their investigation would eventually determine he had been taking money from the firm and their clients for personal use. The members of the firm asked him to resign and he did on September 3.

*The next day, while changing a flat tire on his personal vehicle in Hampton County, Alex Murdaugh called 911 and told the operator he’d been shot in the head by an unknown assailant.

*On September 6, Alex Murdaugh released a statement that he was resigning from the PMPED law firm and entering a treatment facility for a years-long opioid addiction. He also had his law license suspended by the state of South Carolina.

*On September 14, 2021, a man named Curtis Smith was arrested in connection to what police called an “assisted suicide” attempt by Alex Murdaugh. Police stated they believe Alex was trying to collect a $10-million life insurance policy for his surviving son, Buster.

*On September 15, 2021, Alex Murdaugh was named the chief defendant in a wrongful death lawsuit filed by Gloria Satterfield’s sons. SLED then announced they were reopening a criminal investigation into the woman’s death.

*Alex Murdaugh was arrested on September 16, 2021on fraud charges stemming from the failed assisted suicide plot.

*On September 18, 2021, Curtis Smith told the New York Post that he was being set up by Alex Murdaugh.

*A few days later, on September 23, SLED announced they had uncovered other potential crimes as part of the investigation of Paul and Maggie Murdaugh’s murders.

The recent Dateline episode titled “Dark Waters” spanned two hours. It is also available in podcast form, along with a debrief featuring host Craig Melvin and one of the producers. The episode covered the boating accident, Gloria Satterfield’s accident and the ensuing wrongful death lawsuits, another set of victims Alex Murdaugh collected and stole money from, a woman named Pamela Pinkney and her son Hakeem, the deaths of Maggie and Paul Murdaugh, Alex Murdaugh’s arrest for the assisted suicide attempt and insurance fraud, along with the upcoming murder trial.

But I feel like it was the HBO Max documentary, “Low Country: The Murdaugh Dynasty” that really gives viewers a comprehensive look at the many victims of the Murdaugh family. The first episode, titled “Kings of the Lowcountry,” discusses the legacy of the Murdaugh family in South Carolina. Not only did they serve in the solicitor roles, but the law firm they helped found focused on civil cases, not criminal cases, which meant they participated in both sides of the law, leaving what I would speculate to be many opportunities for conflicts of interest. It covers the boating crash that killed Mallory Beach. I found it interesting exactly how Paul Murdaugh’s father and grandfather showed up at the hospital the night of the crash and went in and out of the various examination rooms, talking to the other passengers on the boat. It was obvious they were trying to persuade the others not to name Paul as the driver and plant reasonable doubt. The security footage from the hospital recorded it all.

The second episode, titled “Something in the Road,” went into great detail regarding the death of Stephen Smith, and I learned a lot of things I didn’t know about the investigation, including viewing crime scene photos of Stephen’s body. A South Carolina Highway Patrol Officer also shared his thoughts, saying he never thought Stephen’s death was the result of a hit and run. I later learned this officer had been a victim of Alex Murdaugh, after he was injured on the job and Alex was in charge of his personal injury suit. Of course, he had not received the funds from that settlement. I also did not know it was Buster Murdaugh whose name kept coming up during the weeks and months following Stephen’s death, I thought it had only been Paul’s.

In Episode 3, “The Milk Ain’t Clean,” we hear the 911 call that occurred on the day Gloria Satterfield fell down the front steps of the Murdaugh home. What struck me the most was how annoyed Paul sounded when the 911 operator kept asking him questions about whether or not Gloria had ever suffered a stroke in the past. He actually said, with an exasperated tone in his voice, “Ma’am, can you stop asking me all these questions?” There are also phone calls shared that Alex Murdaugh made from jail, including ones to his sister-in-law and son Buster. I found those very telling.

I would recommend you watch this documentary if you have access to it and haven’t seen it. On a side note, a journalist who was my boss years ago in Charlotte, when I worked in magazine publishing, was interviewed as part of this documentary. His name is Mark Etheridge, and he made a good point that people are fascinated with this story because it’s a prime example of institutional evil manifesting itself, after years of no accountability.

I have to say I’m interested to see the evidence prosecutors have collected in charging Alex Murdaugh with the deaths of Maggie and Paul. I have a hard time believing he could have committed the murders himself without help. They were shot with two different weapons, a shotgun and an assault rifle. But a news article that was published a few days ago said prosecutors believe the civil suit in Mallory Beach’s case was about to expose the true state of the Murdaugh’s finances, and the many crimes Alex had been committing in the midst of what he claims was his years-long battle with addiction. I also haven’t been able to tell whether or not Alex and Maggie Murdaugh were estranged at the time of her death. I’ve read conflicting reports. In “Low Country, The Murdaugh Dynasty,” one of Alex’s attorneys stated the two were only living apart because Maggie didn’t feel comfortable in Hampton after Mallory Beach died, due to the outrage of the community. She had been spending a lot of time at their property on Edisto Island.

The other question a lot of people have is what happened to so much of the money Alex Murdaugh embezzled. At last count, it came to more than $10 million dollars, mostly from minority clients who didn’t have a lot of money. Yes, the family had multiple properties in South Carolina, but other friends and family members don’t think they lived a lavish lifestyle that would warrant that kind of spending. 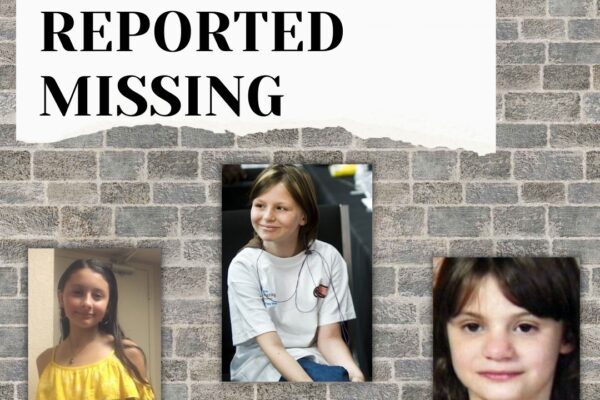 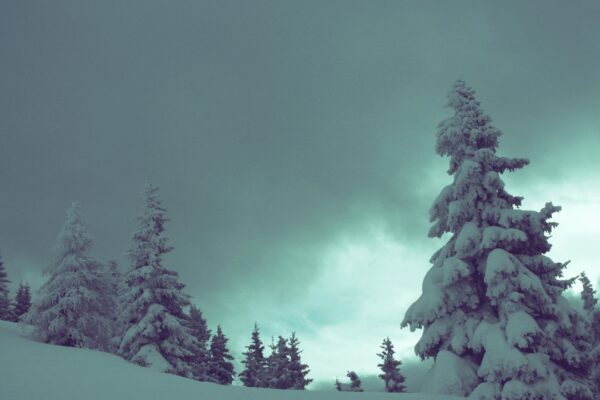 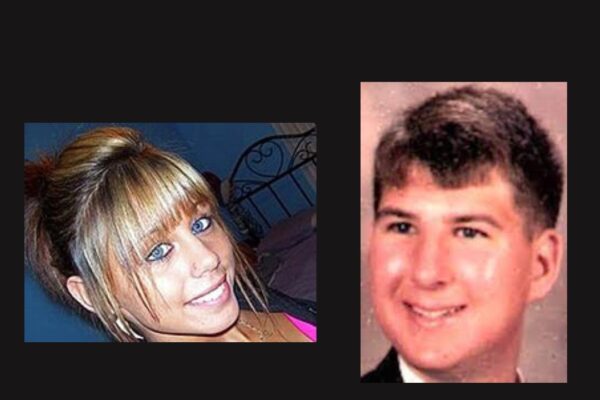